More than 30 illegal migration channels suppressed in 2019 in Kazakhstan 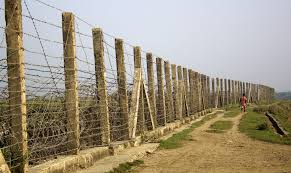 Astana. December 6. KazTAG - More than 30 illegal migration channels have been suppressed in Kazakhstan in 2019, said Darkhan Dilmanov, deputy chairman of NSC- director of NSC border service of Kazakhstan.
"18 illegal migration channels were suppressed in 2018, there were 34 in 2019. The channels were created by the organized criminal groups for illegal human trafficking to Kazakhstan or transit to other states through Kazakhstan. We do not exclude that there are followers of terrorist and extremist groups among them. About 16 such organized groups were revealed about 51 people were attracted to criminal responsibility," said Dilmanov.
He asked the citizens of Kazakhstan and foreigners to approach interrogations by frontier guards at the checkpoints with understanding.
"People should understand that they are interrogated in the interests of protection of our state. There are many citizens of Kazakhstan and foreigners who attended such states as Afghanistan, Pakistan, Iran, Iraq, Syria - the states with unstable political situation. We do not know why they went there and they must answer this question," he said.

Ait Namaz may be cancelled in mosques of Kazakhstan for Kurban- Ait in case of quarantine extension Problem of medicines provision will be solved in coming days- Tokayev Why we? We are also shocked!