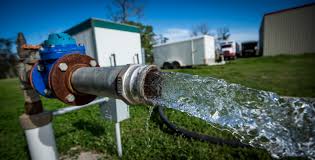 Astana. October 9. KazTAG - Majilis deputies are outraged by significant cut in water supply financing.
“According to the budget program entitled Construction and reconstruction of water supply systems and hydraulic structures, there is significant reduction in funding from 19.4 billion tenge to 10.1 billion tenge. No changes had been planned in the budget updates. The funding has been cut in almost all the areas and numerous facilities, ” said Sergey Simonov, Majilis deputy.
He marked that funding has been cut to a minimum for seven new facilities.
“For example, in the Akmola region - from 527 million tenge to 10 million tenge -  by 53 times. Financing for construction completion has been cut for 10 objects. For example, in the North Kazakhstan region, 2.6 billion  tenge was planned for the first stage of construction to complete the reconstruction of the Presnovsky group water supply system, now the sum has been cut to 81 million tenge ," he said.